Explorations of Topics That Shape The Future. 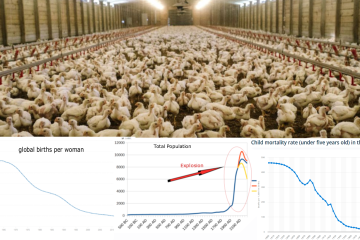 Population Explosion: What happened to get to 8 Billion people?

Yet the explosion occurred with women having less babies than ever before, even during the baby boom, and is ending all by itself.

So what caused the boom, why a population explosion when birth rates are falling? Will our population grow until we are living life like battery hens?

My Journey To Understanding Population.

Population is a complex area. To arrive at my current point of understanding, it took me a number of light bulb moments over the years since 2013, with many realisations shattering some of my previous beliefs, and sometimes taking years to be ready to take the next step. Here is a recap of my journey, and if you can move quickly from step to step, then you can absorb information faster than I can, but perhaps this information will inspire others on their own journey.
Reference
Timeline 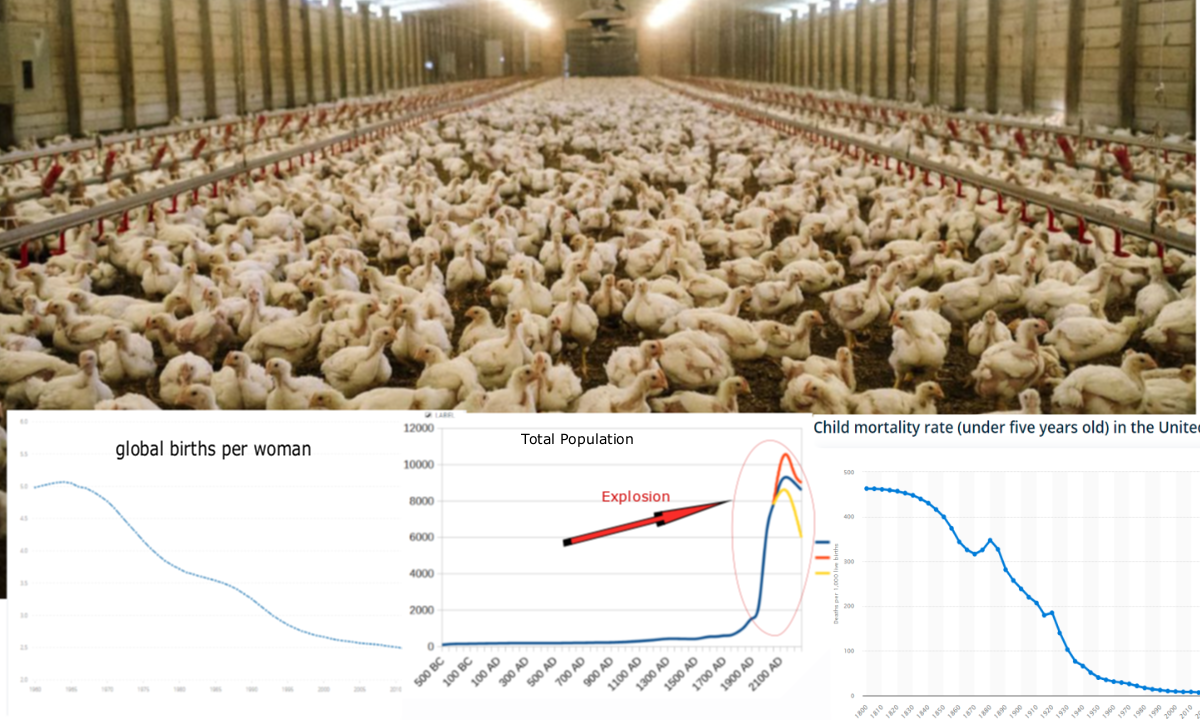 Population Explosion: What happened to get to 8 Billion people? 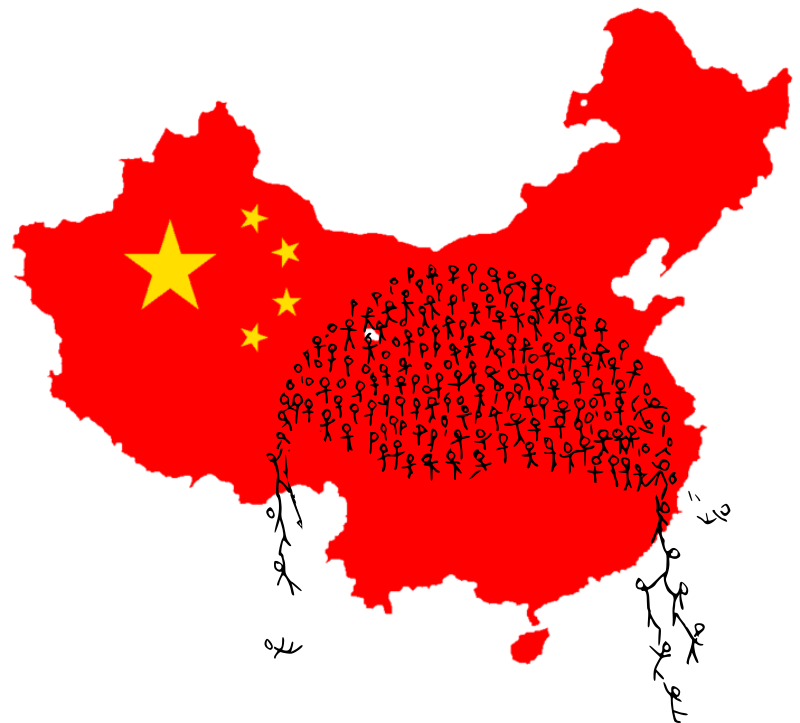 Date: December 19, 2021
I read a story on population in China that I found surprising in three ways. The Story and Surprises. Peak China. The story reports China has already reached peak population. Too Few Not Too Many: The author believes that despite over 700 million people in China in around 1970 being considered too many people, 1.4 […] 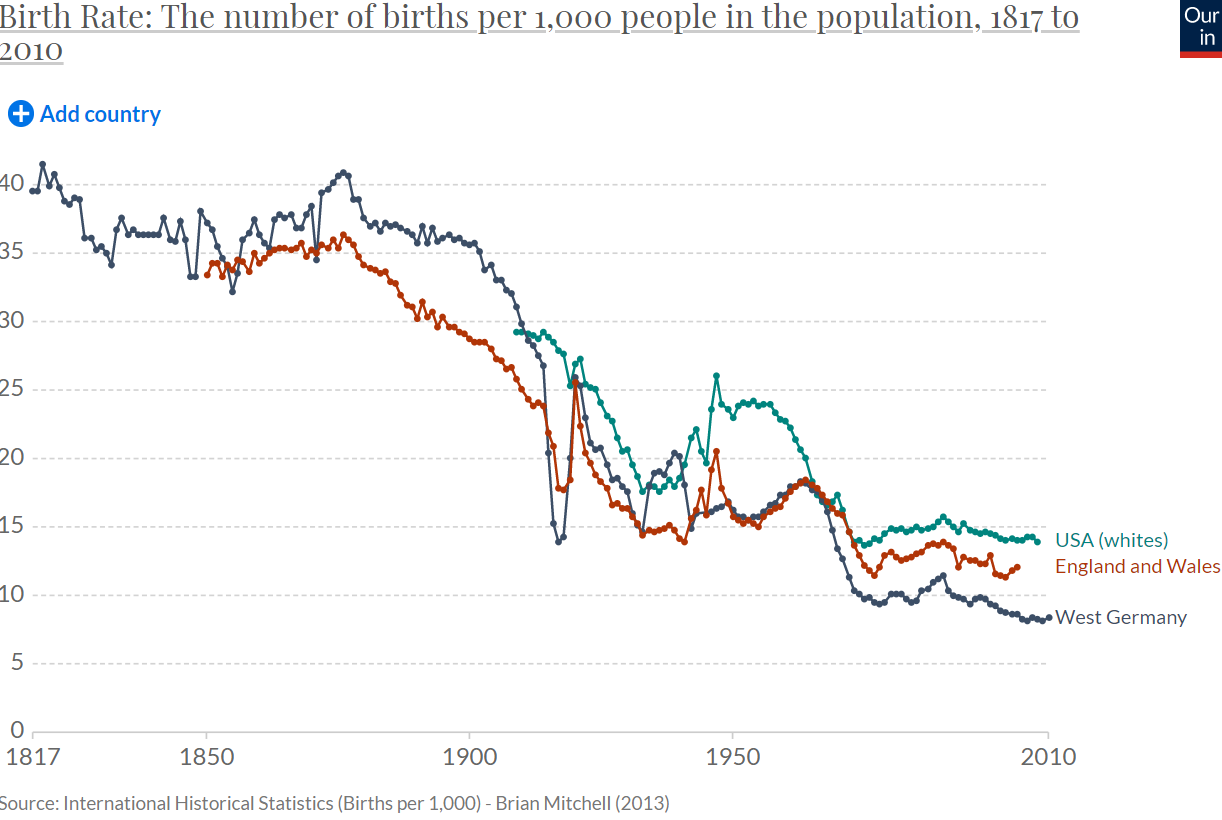 Paradox Resolved: Why The Population Explosion Is Ending and birth rates falling.

Date: March 6, 2021
Surprisingly, humanity is at 'peak child' and looks to be heading to population stability and perhaps even 'leaving peak population' and correcting to a lower population. We are still have an overpopulated planet, following the population explosion, but at least the explosion is ending, due to 'births' per woman falling from over 6 prior to 1900, to 4.7 by around 1950, and to around 2.3 in 2021. So, why are birth-rates falling? There are countless studies of population trends, but in the end, most explanations for the fall in birth rates just don't add up.

Peak Child: When, and what does it mean?

Globally, the when is now. Although locally, experiences differ by location.

Data now clearly confirms that globally, the world has returned to ‘peak child’, a precursor to a likely return to peak population, and the end of three centuries of a population explosion.

Return to peak child means we could either return to the gradual growth levels of prior to the industrial revolution, or become a mature species, and exist in balance with nature and other living things. Perhaps even stop displacing other species?